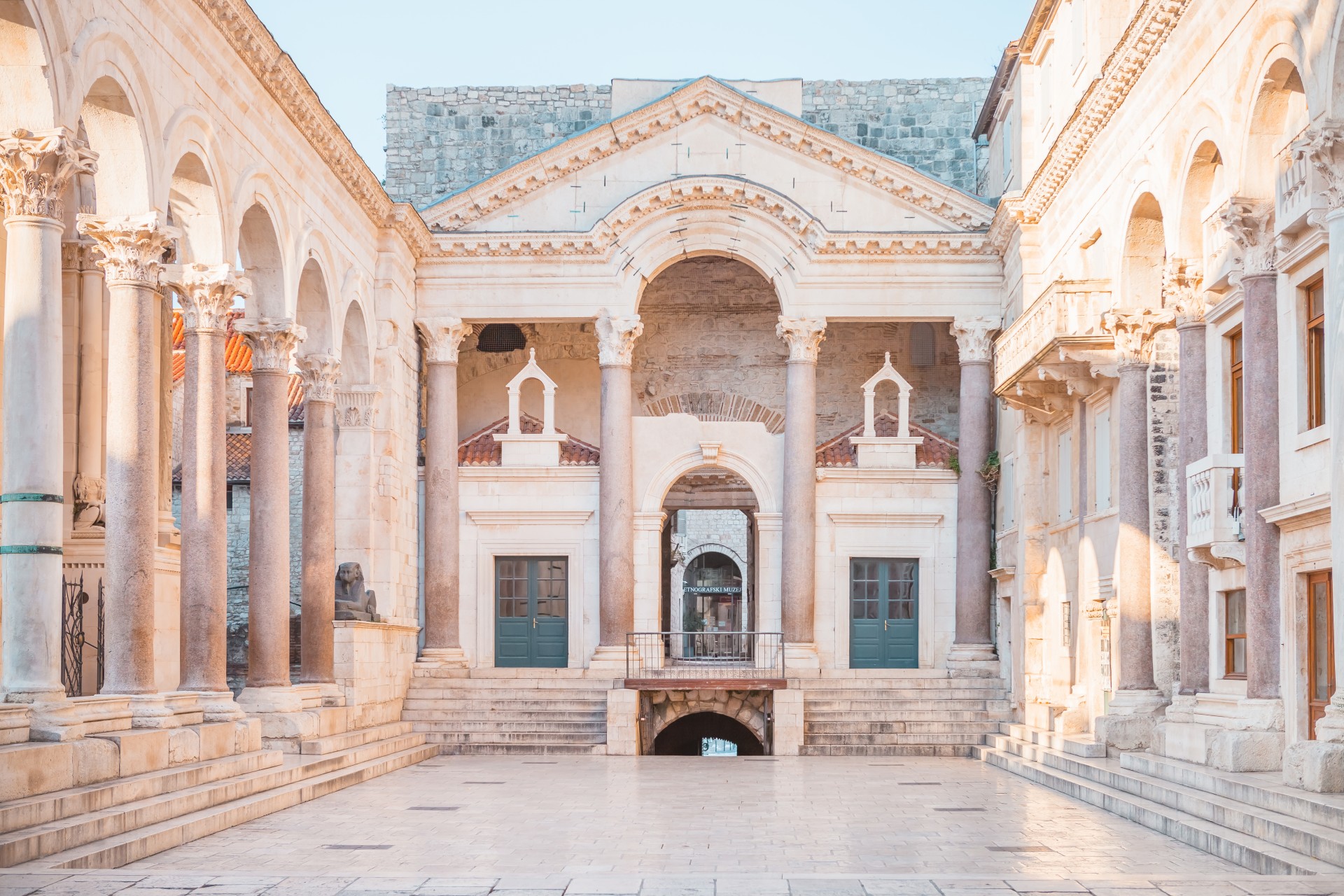 Dear visitors, below we bring you a list of museums of the City of Split. If you spend your vacation in one of the villas in Split and the surrounding area, we definitely recommend you to visit one of the museums below, especially if you get caught on a rainy day.

1. Museum of the City of Split

You may not have planned to visit the museum during your vacation in Split, but it can happen that during a walk through Diocletian's Palace you come across the Museum of the City of Split and decide to visit it. The Museum of the City of Split is located in Diocletian's Palace itself, in the Gothic-Renaissance palace of the noble Papalić family, built during the 15th and 16th centuries. Papalić Palace, designed by Juraj Dalmatinac, belongs to the most beautiful cultural and historical monuments of the city of Split. The museum presents examples of the city's history from prehistory to the 20th century. The museum's collections include a collection of paintings, sculptures, graphics, furniture, textiles, jewelry, ceramics, porcelain, glass, weapons, seals, decorations and various other objects of applied art, numismatic collection, archive collection, collection of stone monuments, photographs, drawings, plans and maps, posters, old and rare books while the youngest is a collection of toys. The long and rich history of the city of Split is presented through the best and most representative specimens from the collections that are chronologically exhibited in a permanent exhibition on the ground floor and two floors of the Museum of the City of Split. The museum is 'scattered' in 5 locations and in addition to the main location, in the Papalić Palace, it also includes the Emanuel Vidović Gallery, the Southeast Tower, the Venetian Tower and Diocletian's Cellars. If you want to get to know the history of Split through time, this is the best choice for it, and along the way you can relax from the heat and bustle of the city in the shade of the Papalić Palace! 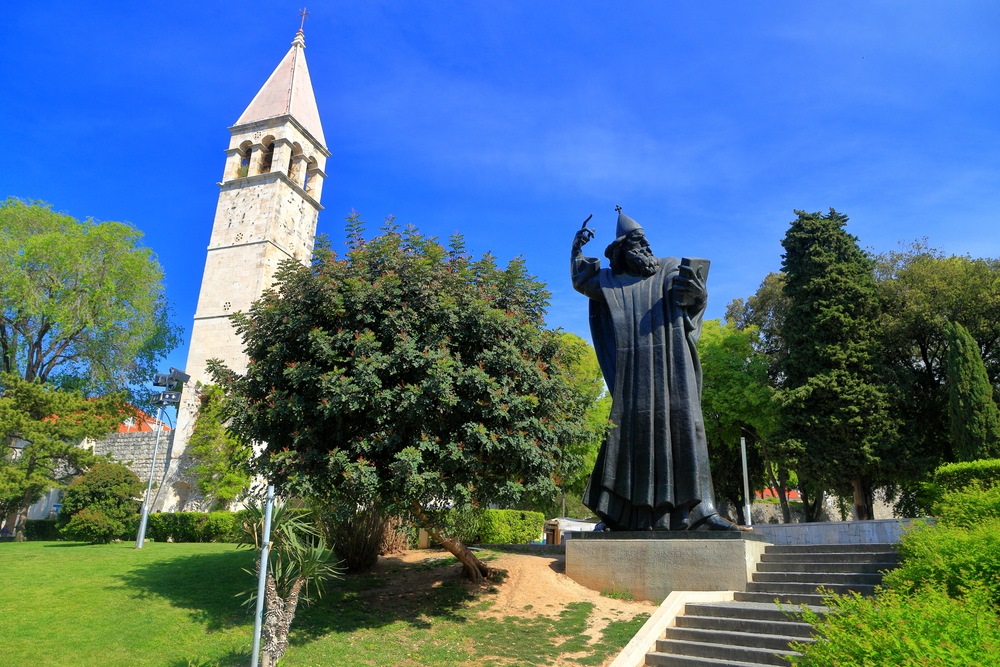 Ivan Meštrović Gallery is located in a beautiful location, surrounded by greenery and Mediterranean plants on Meje at the foot of Marjan. This impressive building is just one of the components of the Ivan Meštrović Museum. Ivan Meštrović was a Croatian sculptor, architect and writer, and the gallery is located in a villa designed by the artist himself. Villa in Meje has been a favorite residence of Ivan Meštrović and his family since the summer of 1932. Meštrović's conception of the villa in Meje was based on three purposes: work, housing and exhibition. The functions of the villa for private life took place in the side wings, while those of a public character were located in the central body of the house. The act of donation by which Ivan Meštrović donated four of his buildings and 132 works of art to the Croatian people on 31 January 1952 created the preconditions for the formation of the Meštrović Gallery as a museum institution.

The permanent exhibition follows spatial-thematic determinations. On the ground floor is the central hall where most of the marble sculptures are placed. The large exhibition hall on the east side of the ground floor is dedicated to sacral sculpture, an important theme of Meštrović's art. This hall is dominated by wooden sculptures of Adam and Eve. Upstairs, in the hall of the west wing, Meštrović's works created under the influence of Impressionism, Art Nouveau and Art Deco are presented. The East Hall unites sculptures created mostly between the two world wars. The large central hall on the first floor is intended for the display of sculpture, but also for occasional cultural events in the Gallery. The permanent exhibition of sculptures on the first floor is complemented by Meštrović's drawings. In addition to museum materials (sculptures, drawings, paintings, architectural designs and furniture), the Gallery also keeps documentation that refers to the life and work of Ivan Meštrović. The gallery is only a 15-minute walk from the Riva and the city center, so it is easily accessible to all visitors to Split.

Walking through Diocletian's Palace you can come across another of the museums. Just behind one of the sites, the Vestibule, is the Ethnographic Museum. Founded as the first of its kind in Croatia today, it offers an enviable exhibition representing the traditional and contemporary culture of Dalmatia. Most of the objects that the Museum keeps come from this area. The Museum's holdings also include objects from other parts of Croatia, Bosnia and Herzegovina, Serbia, Macedonia, Kosovo and European and non-European areas. The museum has developed a very valuable collection of Adriatic costumes, a collection of jewelry and a collection of Zagorje costumes, in addition to the already existing large collections of weapons and art objects (paintings, graphics, sculptures). Visitors can also enjoy the architecture of the museum space itself. The Ethnographic Museum of Split has located its exhibition spaces in the complex of the southeastern quadrant of Diocletian's Palace, ie in the spaces that Emperor Diocletian used as his private premises!

The Archaeological Museum in Split was founded in 1820. after the visit of Emperor Francis I to Split. Namely, the Emperor was delighted with the remains of Diocletian's Palace, which was reported in two articles by the then Emperor's antiquarian. The consequence of all this was the establishment of a museum. The museum building is a protected cultural asset, and the museum preserves about 150,000 archaeological monuments and artifacts, one part of which is presented through a permanent exhibition. The museum has a valuable collection of archaeological objects from prehistory, from the period of Greek colonization of the Adriatic, the Roman and early Christian periods and the early Middle Ages. The museum conducts systematic archaeological research at the sites in Salona and Issa, and has a collection and the site of Salona as well as a collection of Issa in the building of Our Lady of Batarije and the eponymous site in the town of Vis.

Located a 15-minute walk from the Riva, at the Gripe Fortress, the Croatian Maritime Museum is an ideal location for exploring Croatia’s maritime heritage. Presenting the ship as a cultural heritage of the Croatian people, the Museum was the first in Croatia to protect the ship as a cultural asset, ie a cultural monument. The museum exhibition is divided into external and internal parts. The courtyard, which is dominated by the bow of the steamer Bakar from 1931, exhibits larger exhibits. The internal exhibition is divided into military and merchant navy. The first part is composed as a time travel that begins in antiquity, continues the old Croatian maritime tradition with a detailed insight into the development of sailing ships until the advent of the steam engine. The collection of weapons is considered to be especially valuable.

Apart from classical museums, Split also got some new museums on the scene! One of these more recent museums is the Game of Thrones Museum which is located in the center. The beauties of Croatia that served as the backdrop to the Game of Thrones are recognized around the world, and one of the cities where the Games of Thrones were filmed is Split. The museum presents weapons, clothing and archival materials from the popular series. There are five themed rooms, each connected to one of the main characters. There are many details on display such as shields, spears, swords, helmets and dragon heads. The most impressive is the dragon's head at the entrance where you can take photos, just be careful not to be eaten!

Nothing is as it seems, especially not in the Museum of Illusions! The Museum of Illusions is another fun museum on the list of modern-day museums. It is located near the center, and the world of illusions will shake your confidence in your senses, but also delight you. The museum offers an intriguing visual, sensory and educational experience. The museum installations are a great, playful, reminder that our assumptions about the world we see sometimes are really just assumptions. It is the perfect place for new experiences and enjoyment with friends or family, unique in this part of Europe. The museum offers the Slanted Room, the Mirror Room, the Inverted Room and much more. Fun is guaranteed for all generations.

Whichever museum in Split you decide to visit, for most you can buy or book a ticket online, see the opening hours and get basic information about the exhibition! If you are planning a vacation in Split, take a look at Home Rent offer of villas in Split and its surroundings.