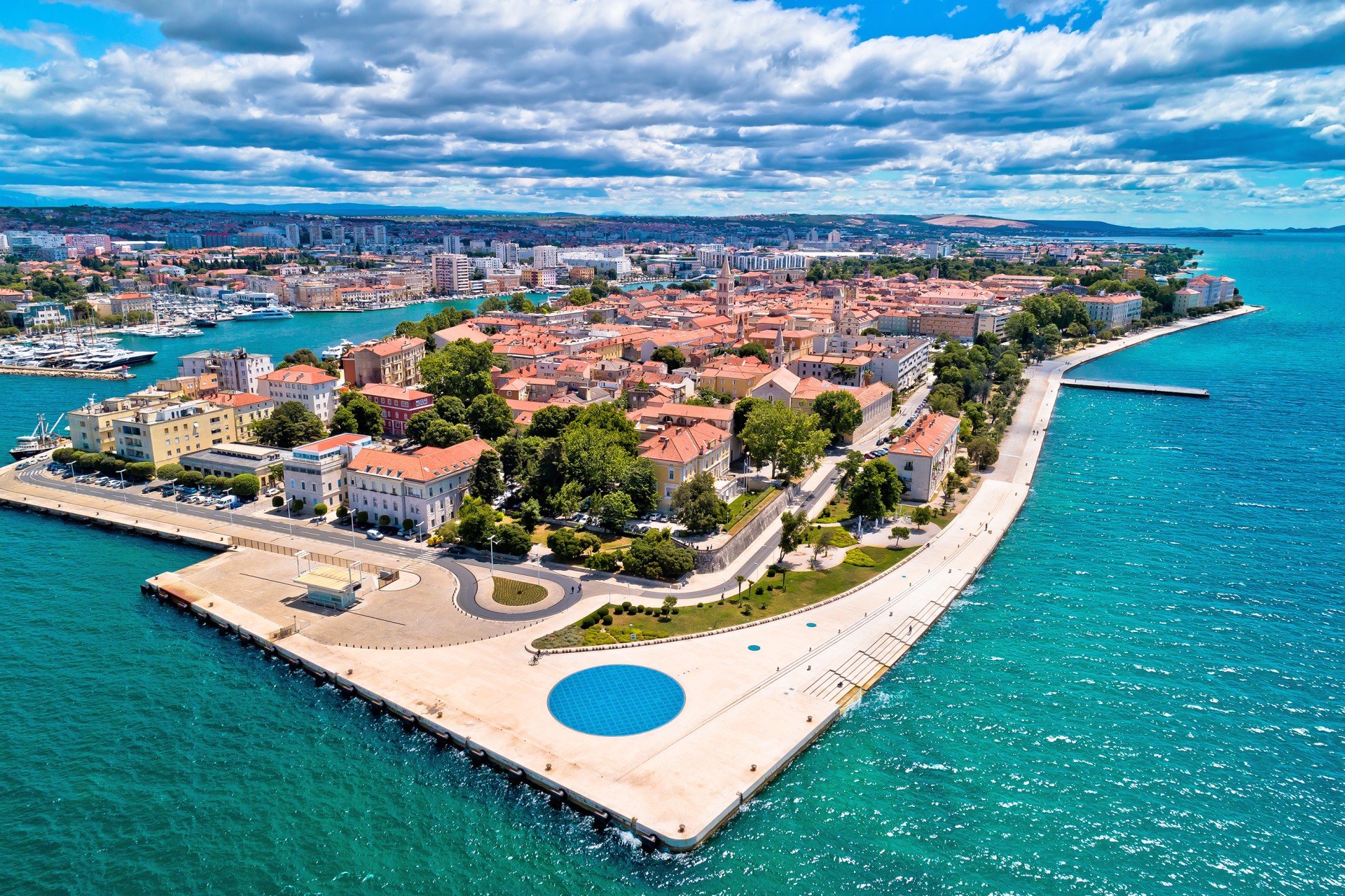 Because of its rich heritage, Zadar is today one of the most popular Croatian tourist destinations. The old town surrounded by walls and towers on a peninsula, with a new, urban part is connected by a bridge, a symbol of the city. Boasting an interesting mix of Roman and Venetian history and architecture, its Old Town sits on a rectangular peninsula jutting out into the Adriatic Sea. Zadar is also great as a starting point for the exploration of the whole area of Ravni Kotari and nearby islands as well. Its hinterland of Ravni Kotari abounds in local domestic food, numerous bike and hike trails, national parks, and beautiful nature. 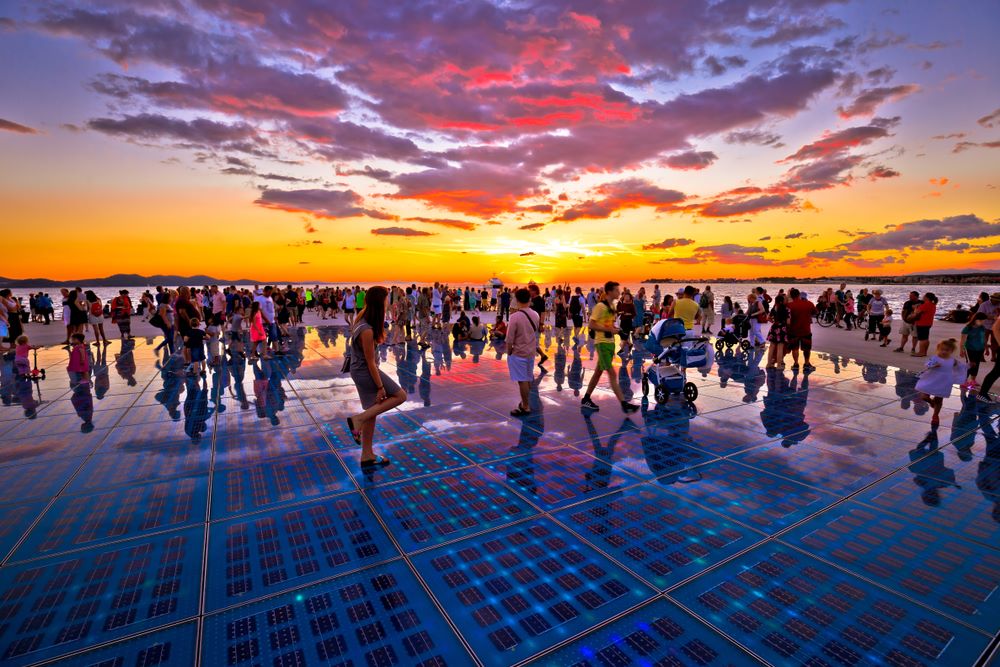 How to reach it?

Zadar has its own airport, which is only 11km away from the town. There are flights from the UK and Ireland and other European cities to Zadar (with more and more being added each year). Buses from the airport to the main bus terminal in Zadar roughly run in conjunction with flight arrivals. You can also take a direct transfer or taxi from the airport to your luxury villa in Zadar! If arriving in Zadar by bus you can look up timetables for buses to and from Zadar on the Zadar Bus Terminal website. You will find routes from and to all the major towns, cities and places in Croatia, such as Zagreb, Split, Dubrovnik, Rijeka, Sibenik and elsewhere. If arriving by car to your holiday villa in Zadar, then the A1 highway runs very close to Zadar, so can easily be used if you’re reaching the town from either north or south of Croatia. The famous Jadranska magistrala coastal road (road D8) also reaches Zadar if you’re driving up the Croatian coastline e.g. from Split. 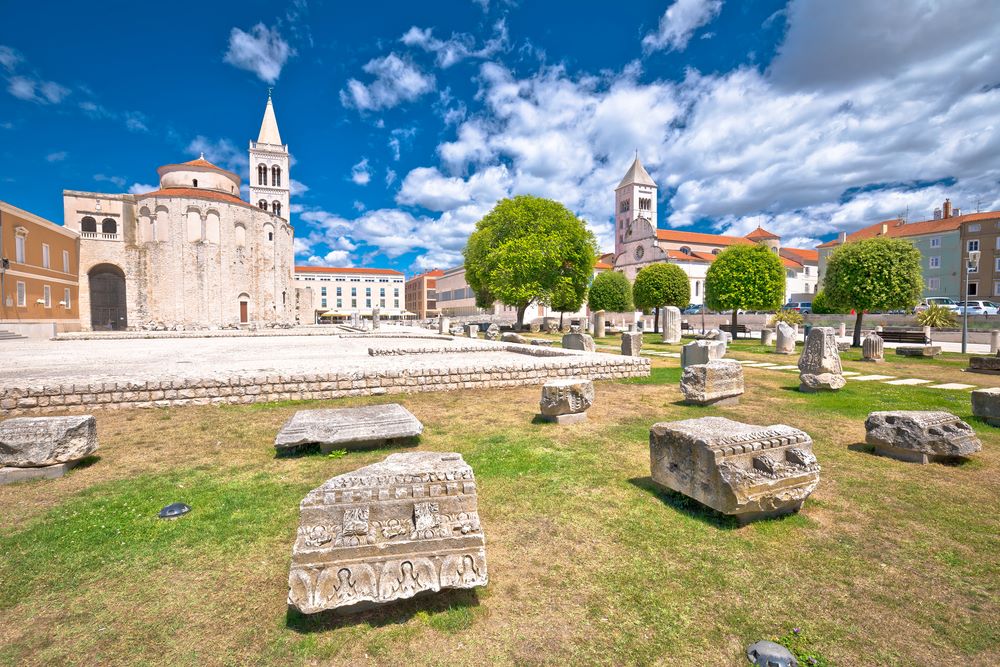 What to see and do?

Once you're in Zadar, first point of visit is usualy famous old town and promenade. Zadar is well known for two of Europe's most unique art installations: the Sea Organ and the Sun Salutation. These not-to-be-missed sound-and-light extravaganzas bring new meaning to the concept of immersive art. The Sea Organ is an installation that looks like a series of broad steps leading down into the sea hiding clever engineering beneath their surface. It is an instrument that is literally like no other in the world and it can be said that the sea itself is playing this instrument and depending on how calm the sea is, you will always hear a different tune. Another installation of the brilliant architect Nikola Basic symbolizes the communication between man and nature. It consists of 300 multi-layered glass plates that absorb solar energy during the day and create a spectacular waterfront light show just after sunset. These installations are a holiday for all your senses.  We sincerely recommend you to arrive here to enjoy the sunset. The old town is also a center of archaeological treasures and monuments to the ancient, medieval and renaissance times. Zadar was once the largest city-fortress in the Republic of Venice and its City Walls were an important part of an elaborate defense system.The City Walls of Zadar, together with the other five components of the Venetian Works of Defence of the 16th and 17th centuries, located in today’s Croatia, Italy and Montenegro, joined UNESCO’s World Heritage List in 2017 as an outstanding monument of the modern maritime fortification scheme. Church of St. Donatus is a monumental round building from the 9th century in pre-Romanesque style. The whole structure is an architectural example of the Carolingian period and it is considered the most significant of its kind in Europe. It has a specific cylindrical shape, a double interior and it stands out with its originality. Roman Forum,  the largest on the eastern side of the Adriatic is founded by the first Roman Emperor Augustus. Zadar is also known as the City of Wells and The Five Wells Square is located on a site between the medieval City Walls and the Renaissance Grimani Bastion. It features five lined-up wells built during the siege by the Turks in the 16th century. You can find the oldest park in Croatia on top of its adjacent bastion.  One of the city’s prized buildings, the 13th century Rector’s Palace, has experienced many changes over the years. Today, it unites a museum space, its temporary exhibition halls, a video gallery, concert and multimedia halls - all in different styles reflecting the rich history it holds. About a 10-minute, very scenic walk from the old town there is Kolovare Beach, the main city beach, a mix of sand and pebbles backed by clear blue water. In summer, the beach can get crowded, but if the sun is too hot, you can retreat to a shaded green area just above the beach, which offers respite and is popular for picnics. If searching for some natural beauties or daily trips then be sure to visit National Park Plitvice, Kornati Islands, Zrmanja river canyon or Island of Pag.  Adrenalin lovers can wind and kitesurf around Nin area or Bungee Jump from the Maslenica Bridge! There are also numerous bike and hike trails, just get a map in the local agencies or in the local tourism office and you can enjoy nature of the Zadar hinterland to the fullest. 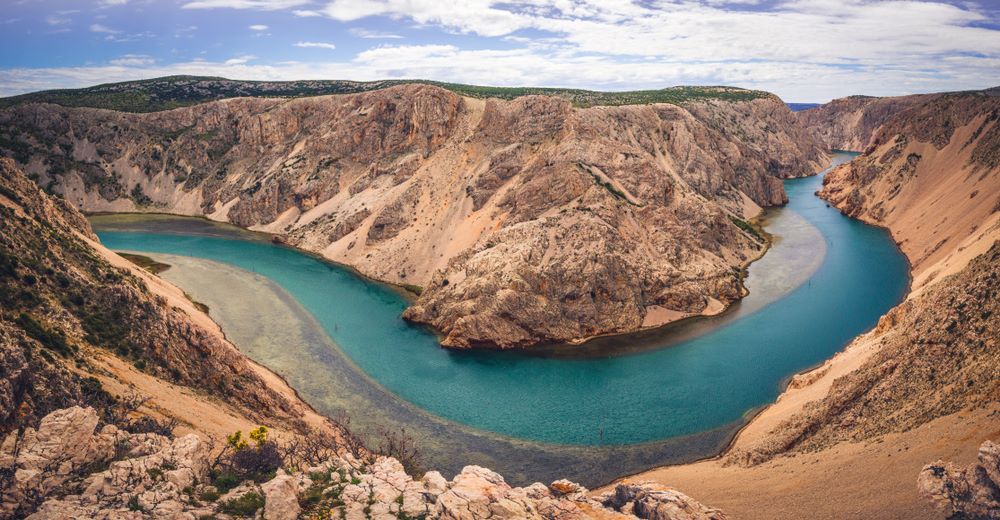 If you appreciate good wine, don't miss out on the vineyards of this region, because they are equally amazing to see and taste. Vineyards and orchards of the region have been cultivated for more than 3000 years making outstanding wines. Predominantly red wine sorts, like Zinfandel, Merlot, Cabernet and similar, have put the Zadar region on the world’s wine map and have won numerous awards around the world. Tuna fish takes the lead as the tuna cultivated in the Croatian part of the Adriatic Sea is considered premium product. There’s even a festival in Zadar celebrating this connection - Tuna, Sushi & Wine festival! If you find yourself at one of the fishing festivals in Zadar County, follow the smell of baked fish and be sure to try the occasional sardine, which according to its nutritional profile belongs to high-quality foods and is a gastronomic experience reminiscent of ancient times. Try the well-known excellent Novigrad mussels on buzara, in a sauce full of sweetness and a characteristic aroma that instantly causes hunger and invites you to the table. Buzara is also a way to prepare shrimp, a dish that represents a superb gastronomic experience and a festival for all the senses. Pag Island and Nin saltworks in particular take pride in their deposits, which have been harvested and produced traditionally for centuries with minimum changes. Nin even has an onsite museum that will lead you through the process, offer souvenirs including natural cosmetics made with salt, and present the flower of salt, an exquisite delicacy dubbed "the caviar of salt. As you travel across the Zadar Region, from the Ravni Kotari, to the islands and the mainland in between, you’ll find many places to sample olive oils, in varying shades of green. The island closest to Zadar, the green Island of Ugljan, is covered by exquisite olive groves. Its small village of Muline is the best place to discover the secrets of the trade and learn more about the ancient craft of great olive oil making. 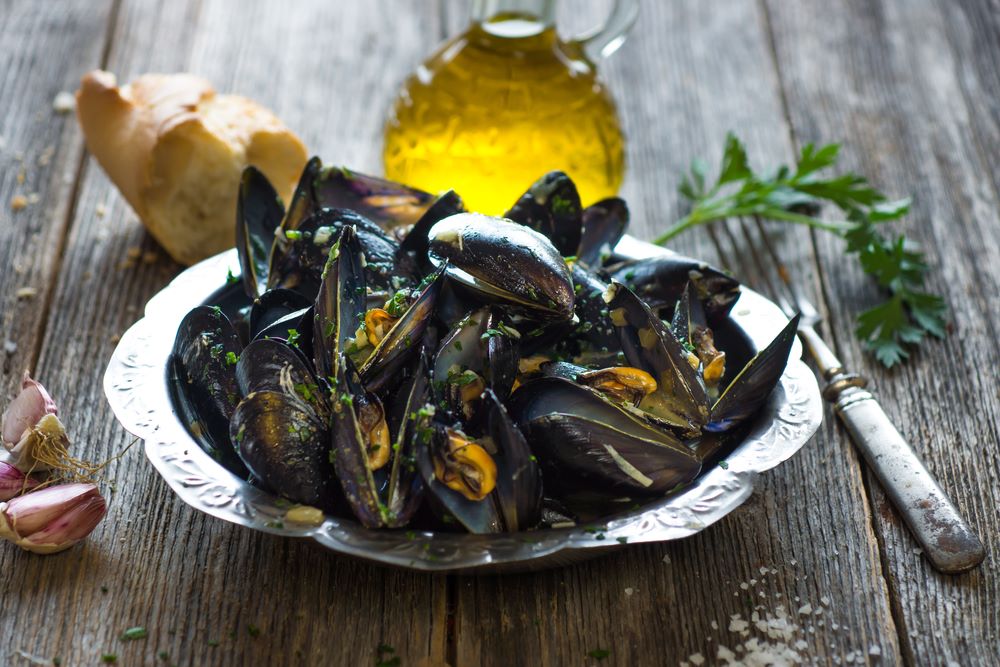 If you are planning to visit Zadar and enjoy the rich cultural and natural offer of the entire Zadar region, be sure to check out Home Rent offer of villas in Croatia. Find out Home Rent blog Croatia in style for more information and tips about your stay in Croatia.